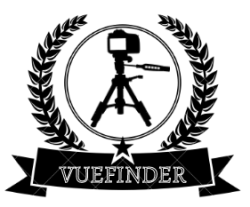 Steve McCurry has been one of the most iconic figures in contemporary photography for more than four decades. Born in Philadelphia, Pennsylvania, McCurry studied cinematography at Pennsylvania State University, before going on to work for a newspaper. After two years, McCurry made his first of what would become many trips to India. Traveling with little more than a bag of clothes and film, he made his way across the subcontinent, exploring the country with his camera. After travelling to Iran, Afghanistan, Pakistan, and several other countries, McCurry returned to the United States, hoping to get a job in photojournalism. He received a call from a high school in Minneapolis asking him to submit a portfolio. After being hired, he would travel across the United States, working at various newspapers and magazines. In 1983, he received his first assignment from National Geographic, and was sent to Somalia to shoot images of famine. After working for a year in Africa, McCurry returned to the United States to continue his career. He began shooting for magazines including Life, The New York Times Magazine, and The New Yorker, all of which published his work. McCurry went on to make more than 100 National Geographic covers, as well as more than 100 covers for magazines like National Geographic Traveler, National Geographic, Conde Nast Traveler, Life, and the Sunday Times Magazine. He shot the cover of TIME magazine in 1991 and the cover for LIFE magazine in 1997. McCurry is now a professor at Syracuse University’s Newhouse School, where he leads the school’s photojournalism program. Perhaps best known for his photo of the Afghan girl, Salima, clutching a flower, her eye moving with life in an otherwise haunting photograph, as well as one of a young girl in a diving cage, or one of an Iraqi girl, McCurry has shot a diverse range of subjects. “What I tried to show in my work was the uniqueness of each individual,” he told People in 2014. “When I photograph, I try to find that individual which has personality. When I’m working on an assignment, I go into that photograph, and I try to find that personality in that individual, and that goes into everything I do.”

We are the team that will be documenting, we would like to create a base of inspiration for the user to find or create their own work through this or perhaps create a book or series that they would like to collect around.